The Amver awards honor shipowners, crew and operators for their commitment to safety at sea by being available to assist in rescue activities anywhere in the world.

Over the years, Odfjell has received a full 101 awards for our continuous engagement in this voluntary humanitarian program. At this year’s award ceremony, an additional 36 vessels in Odfjell’s fleet were recogized.

The Amver Awards Program honors vessels that regularly participate in the reporting system for identifying other ships in the area, or a ship in distress. To be eligible for the award, the vessel must have at least 128 days on the Amver plot in a calendar year.

“The Amver awards are a fantastic way of recognizing the brave men and women who operate the global fleet and assist people in peril at sea. They also honor the companies whose culture puts safety at sea above commercial interests” 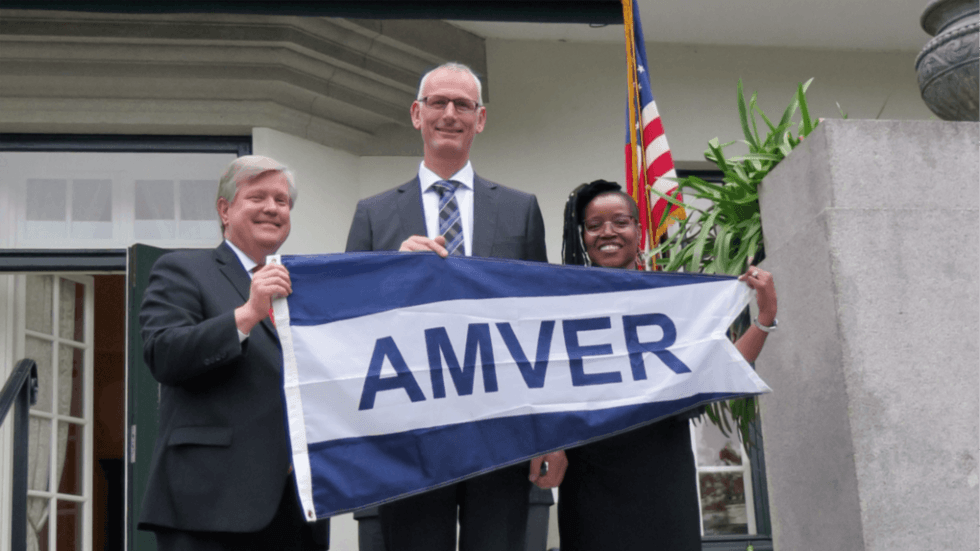 The origins of the Amver finds its roots in the Titanic disaster of 1912. It is estimated that more than 2 800 lives have been saved by Amver-participating ships since 2000.

“Mariners helping mariners is the most effective and the most appropriate insurance. The U.S. Coast Guard’s Amver Program is an invaluable example of international emergency and humanitarian cooperation for others to follow"

'Sustainability-linked bonds will increase in the years to come, as investors and banks increase their focus on the shipping industry's achievement of the climate goals',...

'It's a labor of love.' Houston initiative takes the lead in vaccinating international seafarers

Tona Trondsen didn't need a second to decide when asked if her company could set up a vaccination scheme for seafarers. Since May, the Houston-based Captain's daughter ha...

Odfjell is putting some futuristic technology to the test to navigate an even more sustainable future for our fleet.