When Yoana moved to Norway in January 2018, she left a position as a ship repair manager in Las Palmas, Gran Canaria/Spain. At the age of 32, she had reached the top position in her line of work at the company, there were no more opportunities to rise. She was ready for new challenges.

“I was unemployed for a while and then I just thought ‘ok, it’s now or never’. I was single, no kids and my family were, and are, healthy. I thought: if not now, when?”

Her mind made up, Yoana set about preparing for the move. Despite warnings from friends and family about a weak property market, her house sold to the very first buyer who came to see it. She then sold her furniture, and gave away all of her belongings until she was left with only two bags to bring to Norway. Everything went remarkably smoothly.

“I was so happy about the decision, I just knew it was right,” she said.

Her love affair with  Norway began a few years earlier while visiting Kristiansand on business, then later in Bergen when she was trying to win the  contract for the renovation of the historic Statsraad Lehmkuhl, a three-masted steel boat built in 1914.

“As part of the assignment I had to visit the ship, do the calculations and see the job. I immediately fell in love. I went into the ship and just started to cry. Everything was so beautiful, it was sunny, and the sea was so gorgeous. For me, when I came to Bergen, it was like a fairy tale and I knew that one day I would come to live in Norway.”

And that’s exactly what she did. 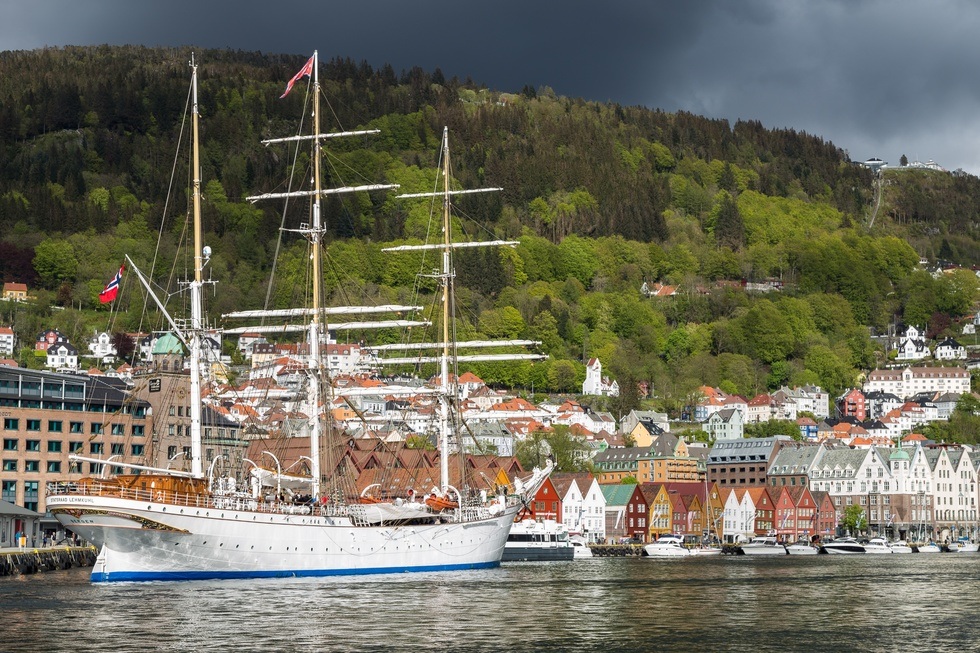 She started looking for jobs in Bergen, and contacted many of the maritime companies – without any luck. Undeterred, she persevered – she knew it could take time to land a position in her line of work. She was prepared to do any sort of job, as long as it was in Bergen. What she could not know was that her dream job was right around the corner.

“Not at any point did I regret my decision, and not getting a job relevant to my degree didn’t change my mind at all. I was still determined to live in Bergen,” she said.

After some weeks job hunting, she came across an ad from Odfjell, seeking a Technical Superintendent. Even though the position was outside her core experience, she applied - she could learn.

She was called in for an interview, got through to the second round and had a very good feeling.

“Then, less than 24 hours later, I got an email saying ‘thank you very much, but your application will not continue’. I was like: ‘What?’ The interview had gone so well,” she said. “There was something telling me that this was not the end. I thought ‘ok, you will get better news soon.’”

Four days later, she got a call from Odfjell’s Senior Advisor for Recruitment, Rønnaug Kamlund, offering her a position as Drydocking Superintendent. A new role, created just for her. 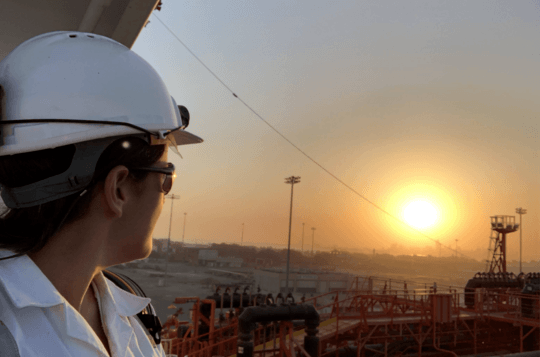 “’Take a few days to think about it’, she said. I was more or less dancing when she said it, but tried to act professional so I just said ‘yes, thank you, I will think about it. I was so, so happy! For me, this job was like an amazing gift.”

In January 2018, she started her new job as Drydocking Superintendent with Odfjell, headquartered in the country and city of her dreams.

Odfjell’s owned ships are regularly sent to drydock for maintenance and quality upgrades. Yoana follows up  these drydocking processes from start to finish. This includes taking care of all the necessary paperwork, training the crew, and following up on specifications and quotations.

“If the superintendents need any assistance or support during the drydocking, my job is also to give that. I either go with them to the yard or I support them from the office in Bergen. I also visit the yards, follow up on the list of approved yards and ensure that they are suitable for our ships and the type of work we want to get done.”

Previously, information about drydocking was scattered between different departments roles and people, which meant no one person had it all. The role of Drydocking Superintendent was established to increase efficiency and gather all the information in one place. 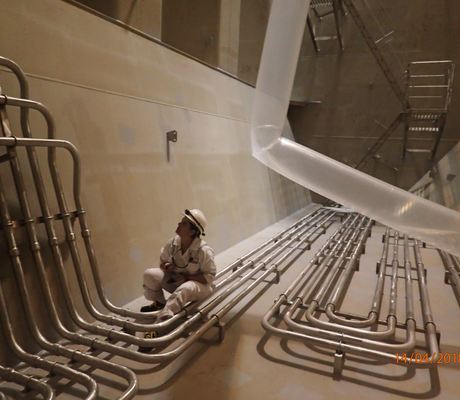 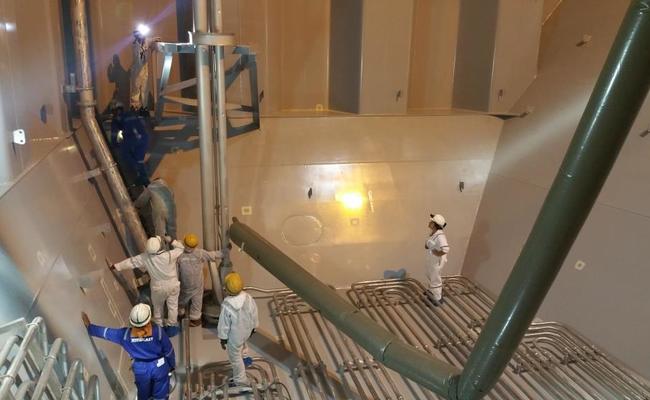 Equal to the task?

Yoana had an interest in oil rigs from a young age.

“I used to go to the port just to see these huge oil rigs, it was amazing. I was always dreaming of being there,” she said.

She especially remembers one promise she made to her late father. They were driving pass the port and she promised him that she would one day work on an oil rig.

“Three years later I was working on one of the oil rigs that was in the port that day. It was incredible”.

To work in such a male-dominated profession has been challenging at times.

“It was hard when I first started out. People told me I would not pass the trainee program. At the time I weighed 130 kilos and they told me ‘you’re a girl, you’re only 22 and you’re so fat’,” she said.

However, that did not stop her from trying. She passed the trainee program, got the job and did not face any huge problems with the people she worked with.

“Most people are alright. However, there were always a few. They saw me as their daughter and probably didn’t think their daughters would be able to do the job I was doing,” she explained.

She said she had to work much harder than her male colleagues. When working as a ship repair manager, the average time it took to get a quote ready for shipowners was one to two weeks. Yoana would have it ready within three days. As a trainee she would always arrive an hour before her supervisor and go through all the emails and all the updates for the different ships.

Interestingly, her most frustrating experience happened when she herself became a supervisor.

“I had a trainee that I trained for the job. Later, when he got a full-time job for the company, he got a higher salary than me and a better contract. At the salary increments the year after, I got 14 percent – he got 42,” she said.

It was tough to swallow then but now, with 15 years of experience under her belt, Yoana is far more self-assured.

“Now I’m 37 and I feel a lot more confident, not only about my technical knowledge, but as a person. Back then I was scared, I used to cry in the changing room because I was so frustrated. I’m fully aware that people might be a bit skeptical about a woman in this type of traditionally male-dominated profession, but they quickly realize that I know what I’m talking about. They don’t have to behave differently. I am met with confidence by my colleagues in Odfjell, and by the  people I meet at the yards. That’s what we need: Equality.” 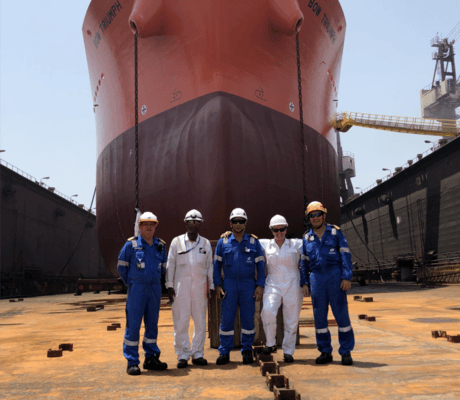 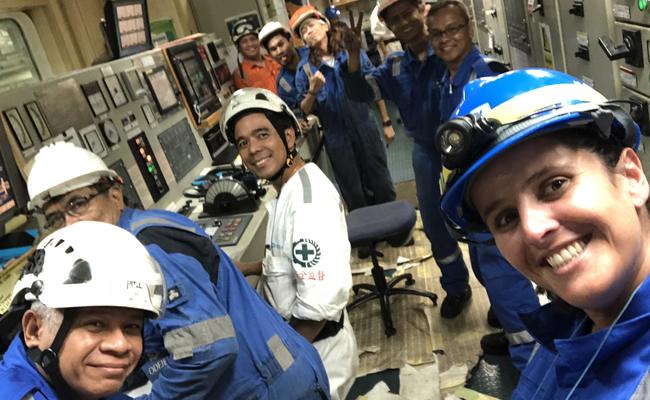