At Odfjell, the young cadets and trainees get seafaring experience on board a modern chemical tanker in international trade. At the end of their training and education, a number of them will be offered full-time jobs with the company.

Eva Storeide, Crewing and Social Officer in Odfjell, said: “I do believe that we have a responsibility to uphold the maritime culture. Norway is a seafaring nation, Odfjell has its headquarters here - of course we want to have Norwegian seafarers on our ships.”

Odfjell revived its long-time cadet and trainee program in 2017 after a few years’ break, and has a clear strategy of recruiting for positions on board and ashore. Odfjell’s nearly 90 ships are manned by seafarers from the Philippines and from North West Europe, and this has proven to be a positive and sustainable combination. Storeide does not agree with those saying that there is no point in becoming a seafarer and that there are no jobs left for Norwegians on board.

“There is certainly a need for the Norwegian seafarers’ competence. We have recruited several seafarers recently, and have positive expectations for coming years. We have also home-flagged a selection of our ships and are expanding our Ship Management department at our headquarters in Bergen” 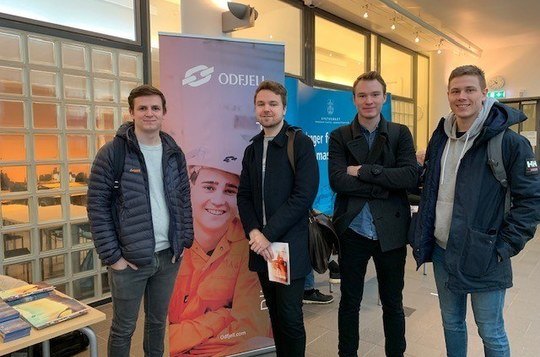 Every year, Odfjell meet aspiring cadets at the career day hosted by Western Norway University of Applied Sciences (HVL). The university has around 200 maritime and nautical students.

One of the seafarers that Odfjell has recently employed, Sigurd Pedersen, was offered a full-time job on board after starting his career as a trainee and later coming back as a cadet.

“I see many positive aspects to becoming a seafarer in Norway today,” the 23-year-old said.

“If we’re just going to make up our minds that there is no point, then there won’t be. Instead, we must educate new seafarers and make room for them. Good things are happening within the industry and government that overall make us a lot more competitive in an international market”.

Pedersen came home from his first trip as a fully educated officer. He is happy to have been offered a full-time job in Odfjell, and looks forward to building his career with the company.

“My impression is that whether we want to become a Captain or go into a career at the offices ashore, Odfjell is interested in keeping us and giving us the opportunity to have a career”’ 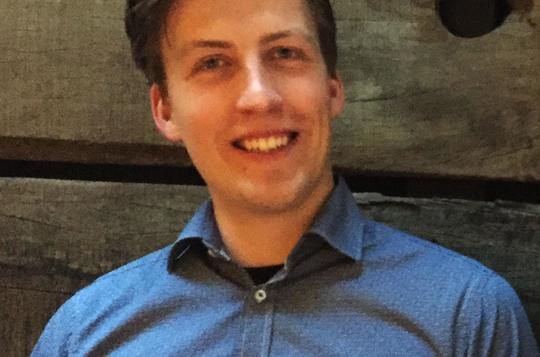 The Norwegian government has implemented different incentives to secure a viable future for its maritime industry. Since 2015, a company hiring cadets and trainees on board receives tax salary benefits, and in 2017, the government introduced a net salary scheme for seafarers sailing under Norwegian flagged ships. The scheme means that shipping companies are reimbursed all added salary taxes for Norwegian employees on board.

Odfjell was in the process of hiring Norwegian cadets and trainees even before the net salary schemes were implemented, but the improved regulations have added weight to the company's recruitment strategy. Storeide said:

“It's not just that it's good for business. We second the government's ambitions, and want to do our part in building a sustainable maritime industry for coming years. One of the ways we do this is by recruiting and educating cadets and trainees on board.”

Looking for a challenging career that can take you around the world and give you a unique expertise? One thing is guaranteed: As a seafarer, no day is ever the same.

It was a milestone moment when the new 49,000 chemical tanker was launched in China on November 23rd.

'There is little doubt about the attractive fundamentals for supply and demand', Odfjell's CEO Kristian Mørch tells Shippingwatch in conjunction with the second quarter ...