The below is an excerpt from an article in Tradewinds published November 6, 2020.
Written by Gary Dixon.

The Oslo-listed company announced on Thursday that it was launching the Odfjell MR pool with six of its own tankers, and six from partner Navig8 Chemical Tankers. The pool focuses on coated tankers built to IMO type-2 chemical handling standards.

"So we were very happy to partner with Navig8, doubling the size of our operations," Morch said. 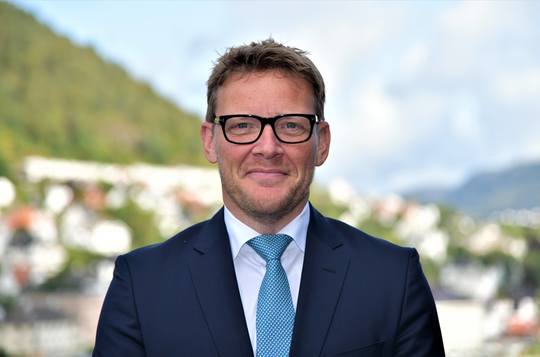 "Suddenly that's a very meaningful fleet, one of the biggest out there. We have contracts ready and we can offer a much better service to clients. The move gives the company a bigger footprint in commodity chemicals."

As for future additions, he said:

"Let's just take delivery of these ships first. "We would be open to grow a little bit, but it will not grow exponentially. This is a very important bolt-on, but pools are not our core business."

Odfjell said on Thursday that the pool move would strengthen the operational platform in a capital-efficient way.

Earlier this year, the company expanded its Chem25 pool with four 25,000-dwt vessels from Navig8, bringing the number of ships operated to 19. But in August, Stolt-Nielsen bought five of these ships from Peter Georgiopoulos’ Chemical Transportation Group and moved them into its own pool.

Speaking on a conference call with analysts on Thursday, Morch emphasised the company is not planning to order new vessels, after chartering in three more tankers being built in Japan from 2022.

He said the company is happy with what it has, with the "most modern and efficient fleet in the world", with no capital expenditure scheduled.

"We are not going to jump into big capex [capital expenditure] expansion with newbuildings right now but, in the long term, we cannot say we will have a climate neutral fleet by 2050 if we don't start investing. So there will be a time, but this is not for now"

Read the full story on Tradewindsnews.com.

New and flexible fuel cell technology can reduce emissions from shipping by 40 to 100%. Partners from shipping, R&D and oil and gas are now constructing a pilot system th...

Over the past four years, the Hudong-Zhonghua shipyard has been the hub spot of Odfjell’s extensive newbuilding program. Buzzing with experts from Odfjell, suppliers an...