The below is an excerpt of an article in Tradewinds, published July 2, 2019.
Written by Andy Pierce.

(..) Chairman Laurence Odfjell led a delegation at Hudong-Zhonghua yard for the ceremony on Monday as Odfjell prepared to take delivery of 49,000-dwt Bow Orion and Bow Olympus. The tankers are part of a wider four-ship series from the Chinese-shipyard, which is also building two smaller 38,000-dwt vessels for Odfjell. (...)

Kristian Morch, chief executive of Odfjell, tells TradeWinds the Hudong tankers are a big part of the company’s growth and renewal efforts, which have come alongside a major reduction in emissions. Morch says the 49,000-dwt ships have been designed for long-haul trades, including routes from the US to the Far East.

“We have trades these ships are tailor-made for. It’s a very big step forward compared to conventional assets in these trades.”

The Hudong series, which will be fully delivered by the second quarter of 2020, marks the first piece of business between the shipowner and the yard.

“There are a lot of shipyards who claim they can build stainless steel ships but few who actually can,” Morch said. “Before we placed the order we visited all of them. I was on most of those visits myself, and it became quite clear there are a few yards in Japan, there is one in Korea and two or three in China who can handle assets of this size and complexity.

Odfjell, which is not fitting scrubbers to its newbuildings and has previously rejected the use of the technology, has cut its fuel consumption by 35% since 2009 and expects further efficiencies from the latest tankers.

It announced in early 2017 it was looking to grow to 100 vessels under the Odfjell Compass umbrella and has since taken in a total of 28 vessels, including newbuildings, time chartered ships and pooled vessels.

“We are about two thirds into the delivery of those ships and the redelivery of the older ships. We are coming up to the end of the renewal and growth phase of our plan. We will have around 85 /86 ships and we have said over time we want to grow to the magic number of 100.”

Read the article in full on Tradewindsnews.com. 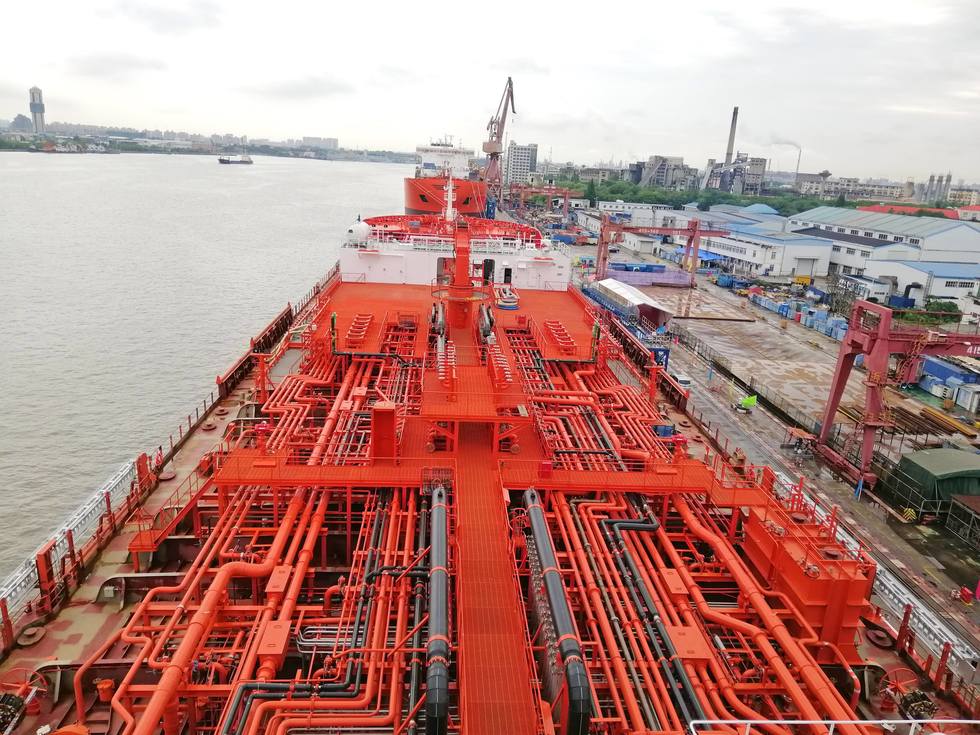 Bow Orion and Bow Olympus alongside at the Hudong-Zhongua yard in China.