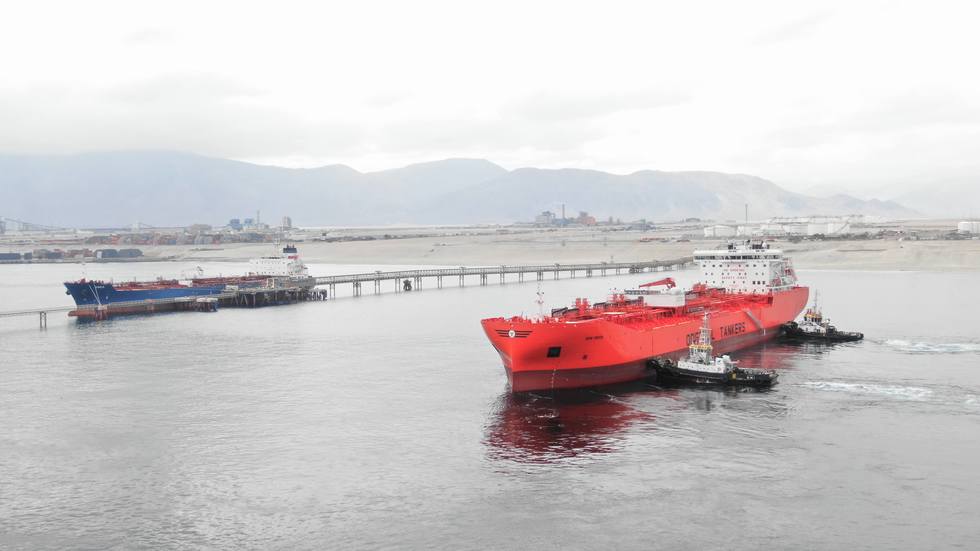 The below is a translated article from PortalPortuario.

As part of her maiden voyage, Bow Orion arrived at Mejillones Bay, Antofagasta Region. This ship is the largest stainless steel tanker in the world.

The vessel reached the area on Tuesday and moored this Thursday. She’s part of the fleet of Odfjell Tankers, who actively participate in the market of transporting important chemicals along the west coast of South America and the world in general.

The Bow Orion, 49,000 dwt, has 33 duplex stainless steel tanks, which add a load capacity of approximately 55,000 cubic meters. The ship was subjected to extensive tests at sea and in shipyards and then began its first trip from the Far East that culminates in the unloading operation at the Interacid terminal of the Mejillones Bay.

The ship is already moored and carrying out the discharge of 23,850 tonnes of sulfuric acid. With the motive of this special occasion, a welcoming ceremony was held, with the participation of different Maritime and Port Authorities, representatives of the terminal, customers, agents, and Dan Odfjell himself. 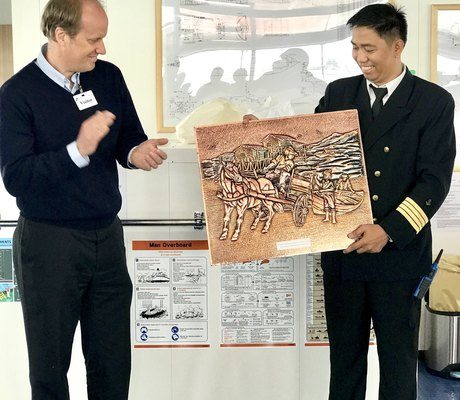 Maritime and Port Authorities, representatives of the terminal, customers, agents, and former CEO and Chairman Dan Odfjell attended the welcoming ceremony together with Captain Randy Allan Cabiao and his crew.

“We are delighted to welcome Bow Orion to Chile on her first trip. We have seen how Odfjell has kept in its focus the strategy of offering competitive freight in the market, without neglecting contingent and highly relevant aspects such as caring for the environment. One of the main features of Bow Orion and her sister ship Bow Olympus is not only the dimensions of these models, but also their efficiency”

This ship, in addition to being the largest worldwide among its kind, is presented as the most efficient in the industry, with 14% less fuel consumption compared to the rest of the fleet.

On the other hand, the helmsman of B&M Maritime Agency also emphasized the challenge of serving a company like Odfjell Tankers.

"Our commitment to Odfjell is to maintain an excellent service, working in the same line that they maintain, where quality is the central axis of the business"

The departure of BT Bow Orion is scheduled for October 5 at night, to continue providing greater tonnage to the world market for the transport of chemical products. 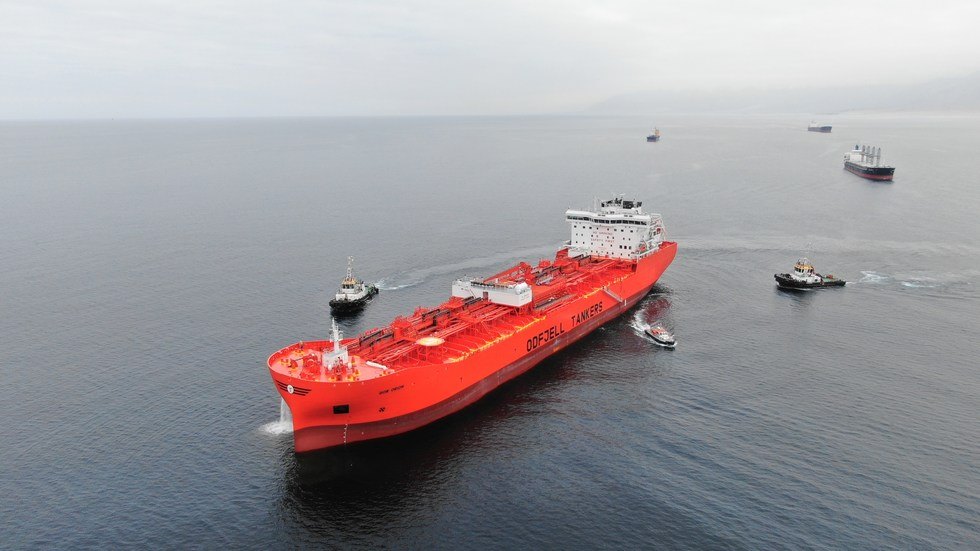 A milestone is reached in Odfjell's history as we officially name our next generation of chemical tankers on July 1st 2019. When the ships are delivered to our fleet, the...