During prior centuries shipping was mostly a matter for the large merchant houses, primarily to serve their own needs.

In 1849 the British Parliament repealed the so-called Navigation Act, which opened the entire British Empire to international competition in terms of sea transport. At this time Norway was one of the less developed countries in Europe, but had plenty of skilled mariners due to her exceedingly long coast. The Norwegians were able to offer very competitive freight transportation worldwide. From 1850 to 1880 there was a five-fold increase in the tonnage of the Norwegian merchant navy.

This development coincided with two technological revolutions at sea, the transfer from sail to steam propulsion, and from wood to steel for hull construction. Among Norwegian ports, Bergen was at the spearhead of both of these developments.

Opinions among mariners on these innovations were of course divided, but Captain Berent Daniel Olsen was a firm believer that the future would be in this direction. For this reason he moved to Bergen around 1890, in order to become part of these new developments, and carve out a better life for himself and his family. Little did he know that that decision would lead to the solid Odfjell Company we know today – more than 100 years later. 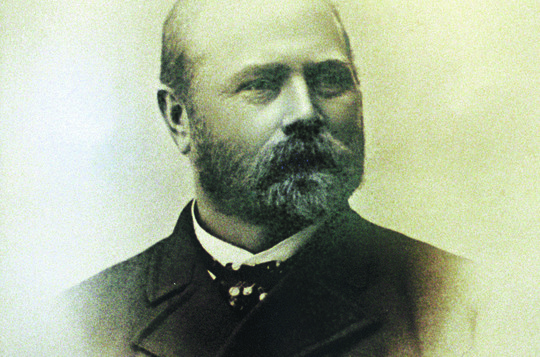 Berent Daniel Olsen was born in Loshavn near Farsund on the south–west coast of Norway in 1849. He went to sea at a young age and by the time he moved to Bergen at the age of 41 he was a fully qualified captain, with experience both from sailing ships and steamers.

The Olsen household that moved to Bergen consisted of Berent Daniel himself, his wife Anna Severine, and their three sons, Ole Fredrik (1878), Abraham (1881) and Andreas (1885). As was common at the time, the family had spent time together at sea. The two older boys were determined to follow in their father’s footsteps and seek out a career at sea. This was much against their parent’s wishes, but they eventually accepted and the two brothers followed their ambitions, went to sea, and eventually became captains.

Berent Daniel was an industrious man: in the 1890s he used his savings to buy a share in a small steamer, the newbuilding Røskva, and then commanded her on her maiden voyage.

The name Odfjell appeared for the first time in 1903, when Ole Fredrik bought a part in the vessel Nor and gave his name as Fredrik Olsen Odfjell, the latter a name derived from a headland near Loshavn. His two younger brothers followed his example and took up Odfjell as their surname the following year.

But the two Captains had set their aims higher: in 1914 – ‘the last summer of peace in Europe’ they agreed to move ashore and to form the joint ship management company A/S Rederiet Odfjell on a 50/50 basis. Abraham signed off as Captain of Nor before his older brother Fredrik signed off as Master of SS City of Tampico. A family venture was in process.

For their company logo the brothers adopted three interlocked rings, in yellow, red and blue – one ring for each brother, in this case the youngest, Andreas, was included. A century later this logo is still used as bowmark on all company ships.

A/S Rederiet Odfjell immediately took over the management of three single-ship companies, Birk, Furu and Rogn, each owning a ship by the same name. Well into the First World War, as freight rates were soaring – a shipping boom was maintained right throughout the war, and for a couple of years afterwards. This was a period of great opportunities, but also one of sacrifices, disappointments and losses, not least due to the submarine war.

During this period the Odfjell brothers assumed control over several Bergen ship-owning companies. One such was Skibs A/S Storli, which had been established by two young men in 1916, and owning a ship by the same name, D/S Storli.

Odfjell took control in May 1917, but the venture was a brief one: in October that same year she was abandoned sinking in the North Atlantic, having sprung a leak. Luckily, there were no fatalities. The name was never again to be used for a ship. But the company by that name was to be developed through various investments and mergers during the succeeding 80 years, to become the direct forerunner of Odfjell SE of today.

The Odfjell group of companies lost six vessels due to the hostilities, and two for other reasons. Good seamanship combined with luck resulted in no fatalities amongst the mariners.

To compensate for the losses, second-hand ships were bought and contracts for newbuildings were entered into. However, as asset values continued to soar, several of these were sold on even before delivery, with significant resale profits.

When peace returned in 1918 there was a brief economic boom, but from 1920 onwards the world economy changed from a wartime one to a peace-time one, and a powerful economic contraction took place. This lasted for about three years, thereafter there was steady world growth throughout most of the 1920s until the Great Depression of 1929/30. 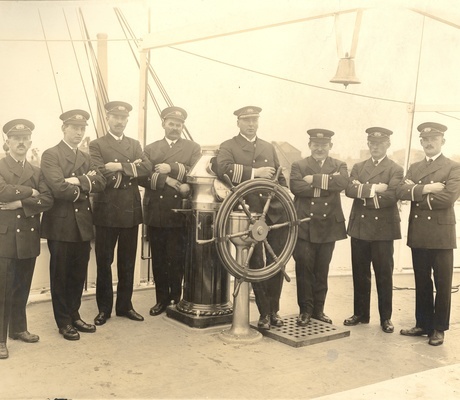 The officers on the SS Vaarli. The vessel is managed by the Odfjell brothers from 1917. 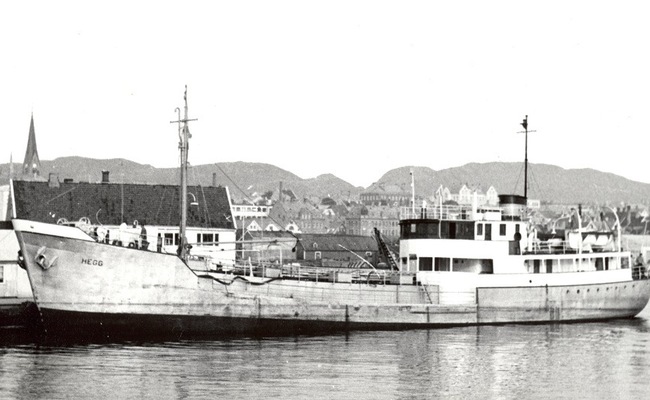 From steam to diesel

The most significant technological development of the inter-war years was the transfer from steam to diesel propulsion. Norwegian owners again took the lead and at the outbreak of  WW2 some 62% of the Norwegian fleet were motor ships, against 25% for the world fleet.

Until this time, all Odfjell ships had been dry cargo tramp ships. But the Great War had demonstrated a need for tankers, and several Norwegian ship-owners tried their luck in this new trade, the Odfjell brothers included.

The dry cargo ship SS Vaarli, which had been taken over in 1917, was rebuilt as a tanker in the early 1920s, but the venture proved unsuccessful. However, the days of the dry cargo tramp ship were clearly coming to an end. So instead of tankers, Odfjell chose to focus on another growth market, the liner trade.

Odfjell did not operate any liner trade on its own, but cooperated with the French Fabre Lines: the motor vessels MS Cypria, Estrella and Gran were all purpose-built liner ships, and the former performed under a seven-year time charter for Fabre from 1931, and in 1938 four of Odfjell’s six ships were chartered to this line operator.

The depression reached its bottom in 1933. From then on there was a slow but accelerating recovery. Towards the end of the 1930s Odfjell made a re-entry into the tanker trade, through the formation of Skibs A/S Oljetransport and the delivery of the small tanker M/T Lind. In hindsight this might have been seen as the beginning of a more detailed strategic plan for the future.

However, most planning came to an abrupt stop on April 9th 1940, when Germany invaded Norway, and occupied the tanker after a two-month campaign. Out of Odfjell’s seven ships, three were in home waters and four abroad. This situation was radically different from the previous war, when Norway was a neutral non-belligerent.