INEOS Styrolution® is a global leader of styrenics. The company currently employs some 3,500 employees at 20 production sites, with 24 sales offices and six R&D centers located in ten countries. Globally they are number one in polystyrene and styrenics specialties production and number two in styrene monomer production with over $5.4 billion in annual revenues.

In March 2017 INEOS Styrolution® announced plans to increase production capacity of Acrylonitrile Styrene Acrylate (ASA) and Acrylonitrile Butadiene Styrene (ABS) in the Americas. This includes construction of a new 100-kta capacity ASA plant at its Bayport Texas plant site. This will be the first new plant to be constructed by INEOS Styrolution® since its founding in 2011, having acquired its many production facilities through acquisitions of existing plant sites. The facility will be constructed within the INEOS Styrolution® Bayport site which currently houses the world’s largest styrene monomer plant. The new ASA plant is expected to be operational in 2021.

OTH was selected to provide the bulk liquid terminal services for the ASA plant feed products, Butyl Acrylate and Acrylonitrile. This includes the receipt, storage and pipeline transfer of these critical feed products from OTH to the ASA plant.

The ASA plant site will include packaging and warehousing for the finished pelletized products for final distribution to their customers. 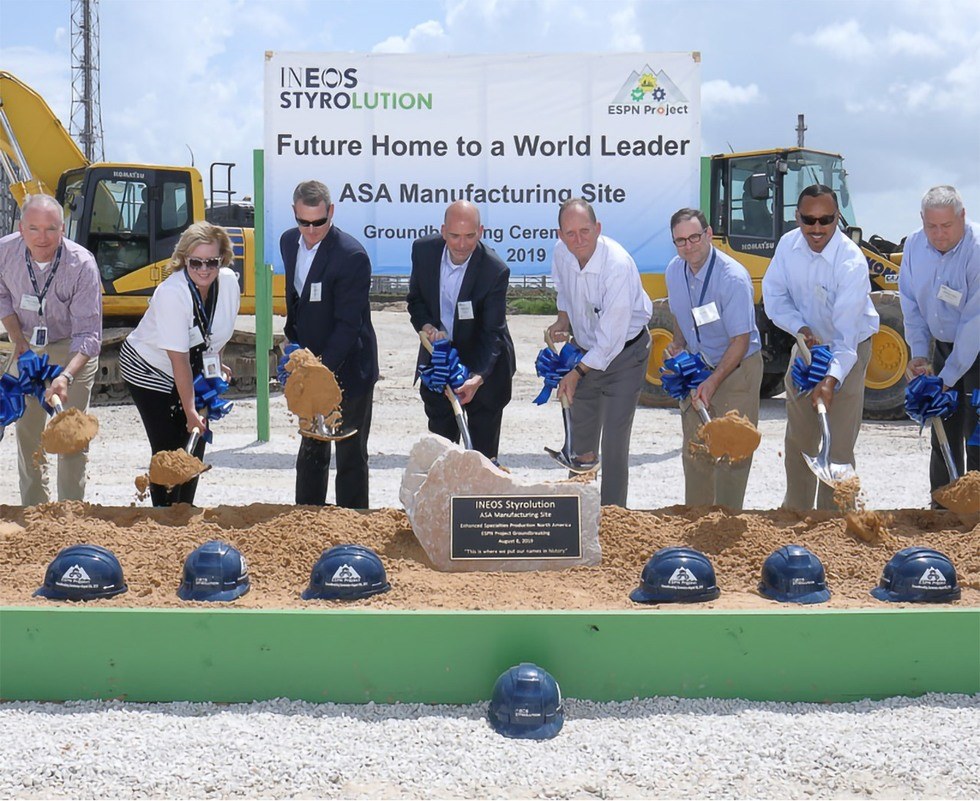 The INEOS Styrolution® attendees included executives from their global headquarters at Frankfurt Germany, their US headquarters in Aurora Illinois and their local area offices and production site.

INEOS has grown from a company with $320 million turnover in 1999 to a $60 billion company by 2017. INEOS Styrolution®, one of many companies within the INEOS group, focuses on the production, sales and distribution of styrene monomer, polystyrene, ABS and other specialties including, ASA, SAN, AMSAN, SBC and SMMA.

“OTH is extremely honored to partner with INEOS Styrolution® on its new Bayport ASA plant. We look forward to supporting this new plant and possibly other INEOS efforts for many years to come.”