Published on April 28, 2021: World Day for Safety and Health at Work.
Written by Zayana Zulkiflee.

Born on Fort Carson Base in Colorado Springs and raised in Texas in a military family, Jason Roberson has deviated slightly from the family calling he seemed almost pre-destined to follow. But that has been to Odfjell's gain.

With two decades in the operations field under his belt, he joined Odfjell in February 2019 - but it was a journey that was not without event. An initial position fell through, but Roberson kept his eye and heart open for another opportunity.

Sure enough, an Operations Trainee position opened up about a month later. Within a few months he was promoted, and soon he stepped up further as a Quality, Health, Safety & Environment (QHSE) technician in October 2019. 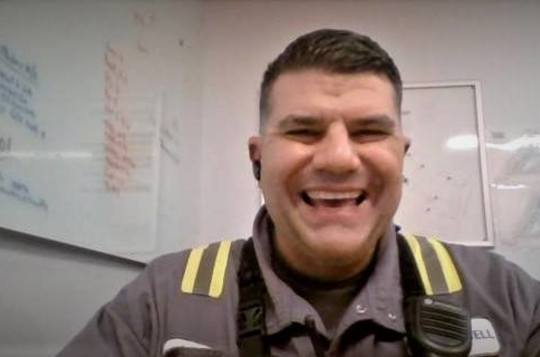 "That is probably one of the biggest things about Odfjell. Opportunity here presents itself if you want to move up. Just like with anything in life, you have to put in work for it."

That the job called for close relationships with the rest of the staff at the terminal appealed to Roberson as a people person.

"One of the reasons I took this position is that I felt I could make a change".

And he quickly got the chance to make a difference in handling an unprecedented crisis: In March 2020, Houston announced its first presumptive positive case of Covid-19. Soon after, Texas declared a public health disaster for the first time in more than 100 years, followed by a stay-home order.

Although many office employees were forced to work from home, the terminal operations team needed to remain onsite. New virus protection regulations meant going beyond the QHSE team’s purview to keep up safety standards for everyone and avoid infection.

Roberson and his two colleagues at the QHSE team took the unprecedented situation in stride and appreciated the added daily interactions with the onsite terminal staff.

"We've had to spend more time together, especially with a lot of the work that's been going on," he says. "We’ve gotten to know each other better and we look out for each other. This is family here." 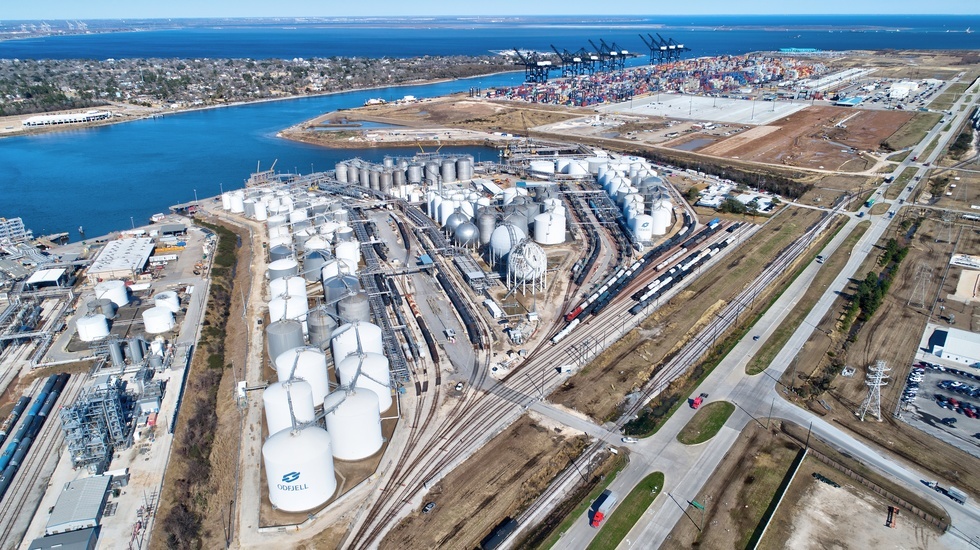 The 119 tank Houston terminal is one of the most sophisticated chemical tank terminals in the world.

He credits his resilience and positivity to experiencing losing his father to cancer in 2014. "Seeing what he went through and to look at everyday life; from traffic to work situations and other challenges, I always think back through that last year I had with him and say, 'Man, it can always be worse". This is the marker that's helped him put work stressors into perspective time and again, even when the terminal team had to handle both the Covid pandemic and extreme winter weather conditions in Texas in February 2021.

Roberson's level-headedness shines through as he talks about the team helping each other stay "calm, cool and collected" when during the freeze, after making sure his family had generators to power them through, he returned to the Odfjell facility as part of the "ride-out" crew, packing extra socks and huddling together to generate body heat to ward against the cold. Roberson mainly recalls the closeness that it brought the team, the support from management, and how it brought different levels of colleagues closer together. 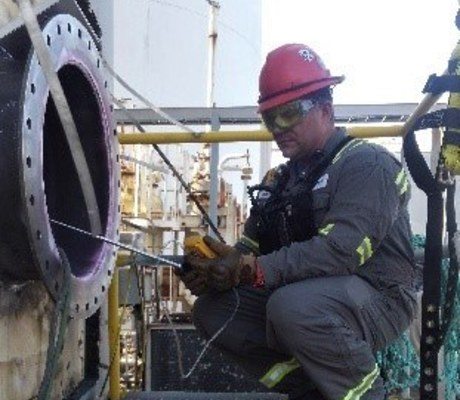 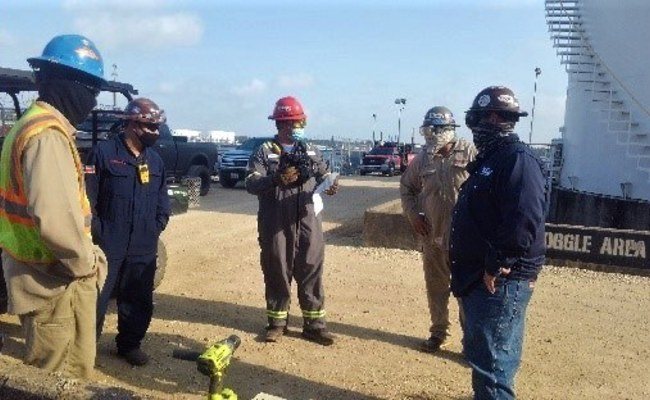 As a member of the QHSE team, Roberson is not least appreciative of the elevated hygiene practices that have resulted from the pandemic.

From permit writing processes to morning rounds, making sure that areas in the field are clear and safe for employees, and continuously checking that everyone is working safely while wearing the correct protective equipment (today, face masks included), the QHSE team plays a vital role in making sure safety always comes first. “They see what we're doing and know we’re doing it because we care," he says of other colleagues’ perception of their work.

"We have one goal in the end, and that's to get the job done safely."

While this year's World Day for Safety and Health at Work in Odfjell will swap staff talks and gatherings with live-broadcasted sessions with experts, Roberson remains optimistic it will continue to get everybody, from operations to management, on the same page about the importance of safety.

"As far as actually focusing on safety, that is something that is done every day," he says, as usual, clad in his steel-toe boots, gloves, earplugs and goggles. "It's not just a safety day or safety week; I believe life, in general, is about safety."

Reaching career goals in the country of her dreams

After falling in love with Bergen on a sunny day at Bryggen, Yoana León Valdivia knew that one day she would be back – to stay. Sure enough, four years later she quit ...

We are pleased to announce that Adrian Lenning will join Odfjell SE as Global Head of Odfjell Terminals as of August 15, 2019.